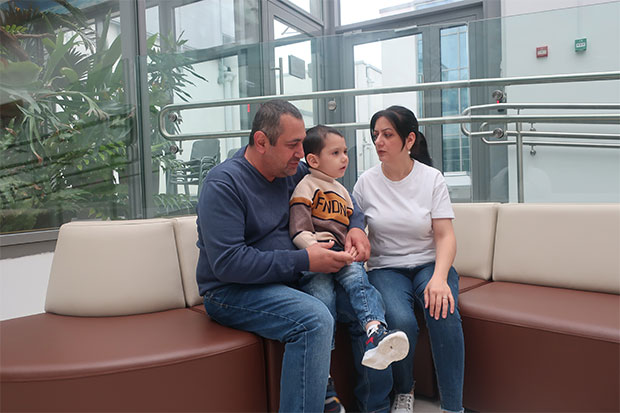 The bell in the Berezin Sergei Medical Institute (MIBS) Proton center rang particularly loudly as its 3,000th patients beat it time after time to celebrate the completion of his therapy. Another milestone almost coincided with the five-year anniversary of the Center, which opened its doors on September 23, 2017, becoming the first clinical center for proton therapy in Russia and the former Soviet Union.

Karen Khachatryan, a three-year-old patient who came to St. Petersburg with his father Georgy and mother Lusine from Orenburg, became the Center's "jubilee" patient. According to Lusine, her son's illness became evident only five months ago when he started having severe headaches. Fortunately, doctors quickly performed all the necessary examinations and sent the child first to Moscow for surgical removal of the tumor, and then for adjuvant (postoperative) radiation therapy.

As explained by Dr. Marina Linnik, radiologist at the Institute of International Medicine, because of the histological type of the tumor (anaplastic ependymoma), its adjacency to the brain stem and the young age of the patient, Karen was eligible for proton therapy. Proton radiation therapy, more targeted and precise than photon radiation, destroys the DNA of abnormal cells, preventing their further division, with little or no radiation to the brain outside the target.

Already during the seven-week course of treatment, Karen began to feel better: the increased agitation and irritability provoked by the disease were gone. "The child began to communicate with us again, the screaming and crying stopped," said the boy's mother. 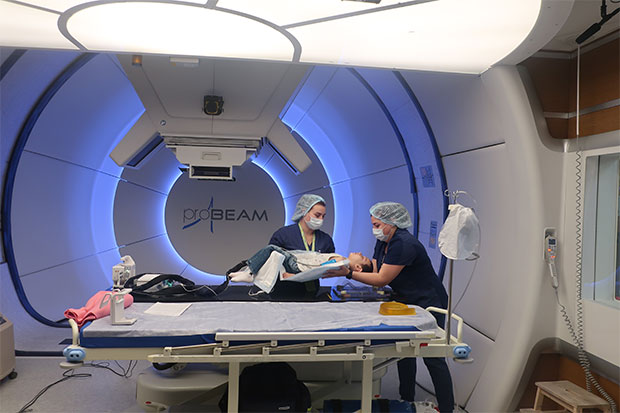 After discharge from the clinic, the family will return to Orenburg, where Karen’s little sister is waiting for him. In 5 weeks, the boy will have a follow-up MRI examination, and then rehabilitation in one of the specialized centers. "Over the time of my son's illness we went to several hospitals - both at home and in Moscow. But nowhere have we seen such an attitude towards patients as in the proton center. Everyone here, from the guard at the entrance to the doctors, is trying to help patients," says Georgy Khachatryan.

Proton therapy - the most advanced form of the current radiation therapies - became fully available to residents of the Russian Federation five years ago, with the opening of the MIBS Center. At that time, there were over 50 operational proton centers throughout the world, but Russia was limited to experimental systems in research institutes which treated several dozens of patients per year.

Clinical studies conducted in Europe and the U.S. since the 1990s confirmed that the future belongs to this treatment method, since the physical properties of heavy charged particles - protons - ensure undoubted advantages over traditional photon therapy. "The benefits of proton therapy lie in the fact that we can deliver higher therapeutic doses to the tumor and, accordingly, expect better outcomes. The second advantage is that proton therapy is safer than traditional photon therapy," Nikolay Andreevich Vorobiev, head of the MIBS Proton Radiation Therapy Department, told TV reporters. 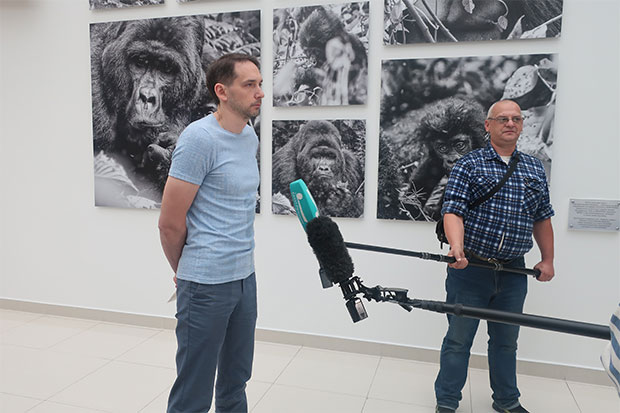 "Because of these advantages, the priority patients for proton therapy are children for whom minimizing radiation dose is critical, because radiation affects the growth and development of the body, the risk of secondary tumors in the areas of radiation. Therefore, the availability of sparing radiotherapy is especially important for children - the more so as a significant portion of pediatric tumors can now be cured," Nikolay Andreevich added. Scientific studies prove that proton therapy is more than 90% effective for some types of intracranial tumors in children.

The St. Petersburg Center has made the treatment of children its priority from day one. But since children are diagnosed with cancer much less frequently than adults, about half of the patients at the MIBS proton center are over 18 years old. High-tech treatment is primarily reserved for those for whom protons are clearly more effective than photons, or for whom this method is the only possible treatment. Proton therapy has proven clinically useful in treating tumors near vital organs that are especially sensitive to radiation (heart, liver, kidneys, brain structures, etc.). Proton therapy can also be administered to patients who have previously undergone conventional radiation therapy.

According to Nikolay Vorobyov, this expensive high-tech treatment is actually affordable for residents of our country today. The vast majority of Russian citizens undergo it at the expense of the mandatory medical insurance fund and regional budgets. From 2020, the MIBS receives a quota for proton therapy for 600 patients a year under the state program of high-tech medical care. In addition, 200 patients are treated annually at the expense of the regional budgets of Moscow, St. Petersburg, Moscow, Leningrad Oblast and several other regions.

Adults and children from all regions of the country come for therapy in St. Petersburg, and before the COVID-19 pandemic, residents of former Soviet republics, as well as Canada, Israel, Australia, Great Britain and other countries were treated here. From 2020 - when the Center reached its full capacity - it admits up to 890 people per year.