Proton therapy for the treatment of lung cancer 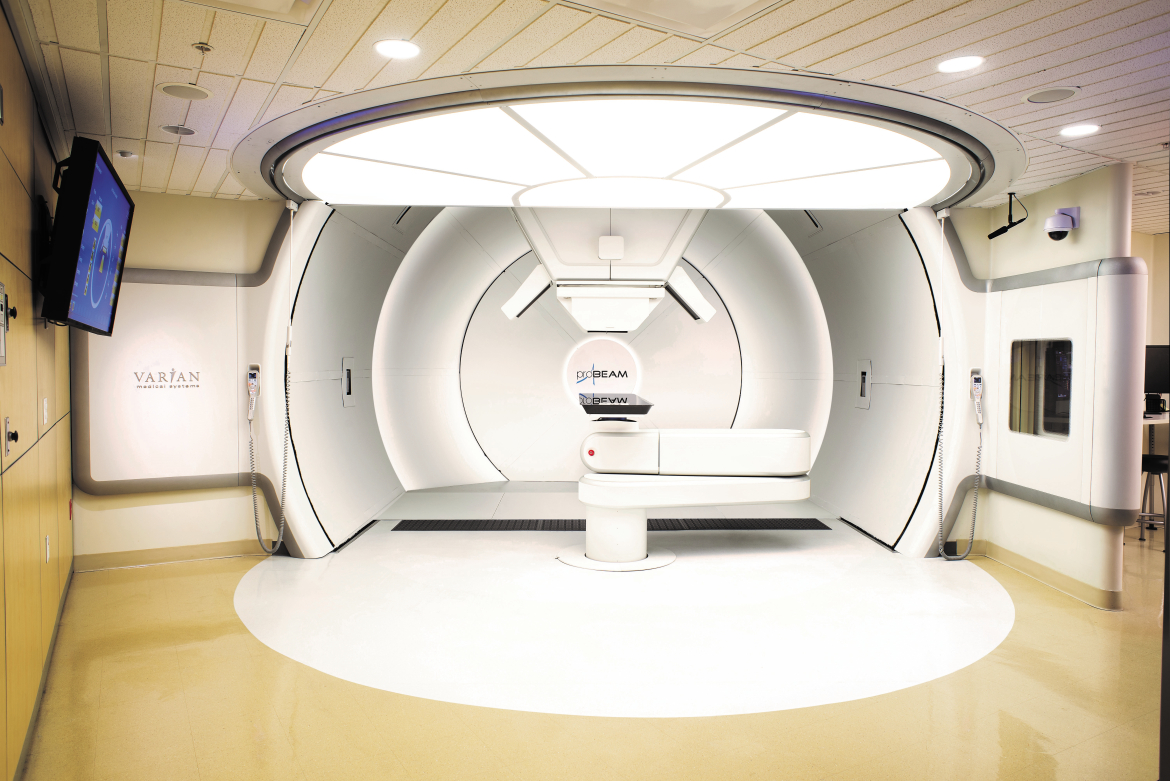 Radiation therapy is one of the most common methods of treating lung cancer. It is often used in combination with other treatments such as surgery or chemotherapy.

It is believed that proton therapy causes fewer side effects than traditional radiation therapy due to its ability to target cancer cells more specifically.

When the electrons are accelerated by a special device, they begin to emit high-energy particles called photons. Photons are the basic units of light.

According to a 2015 study, the energy contained in photons can destroy the molecules that make up the DNA of cancer cells, suppressing their ability to divide and multiply.

Proton therapy works the same way as traditional radiation therapy, but it uses proton beams instead of high-energy waves. The US National Cancer Institute suggests that proton therapy may be just as effective, but it does less harm to healthy cells.

According to a 2018 study, protons are about 800 times larger than electrons. During proton therapy, protons are accelerated using special devices called synchrotrons or cyclotrons.

The large mass and acceleration of these protons give them sufficient momentum to penetrate into the lungs to the depth of malignant tissues. Due to a special property of protons called Bragg peak, they release most of their energy inside cancer cells, causing minimal damage to surrounding tissues and organs. 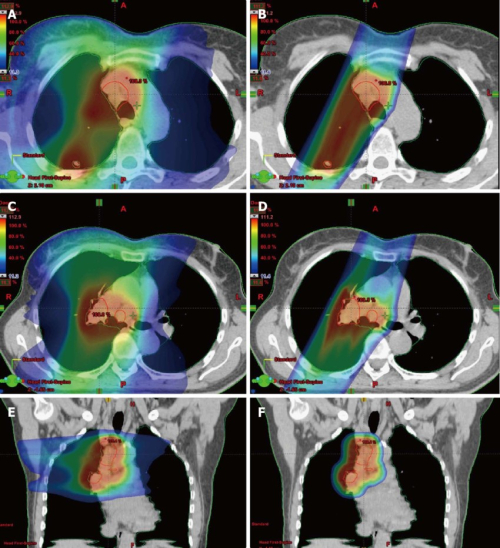 Dosimetric comparisons between photonic [left (A, C, E) and proton right (B, D, F)] plans for a patient with stage III lung cancer. Radiation doses shown as color shades of warmer colors (red) represent higher doses compared to colder colors (blue). The first pair of axial sections (A and B) are at a level exceeding the axial sections C and D; It is obvious that more normal lung is irradiated on the left than on the right; E and F are coronal sections with dosimetry.

What are the benefits of proton therapy for lung cancer?

As researchers continue to explore the potential benefits of proton therapy, they will learn more about how it can be used to treat lung cancer. At the moment, there are a limited number of clinical studies comparing the effectiveness of proton therapy with traditional radiation therapy.

However, researchers have already confirmed that proton therapy can:

Some early studies conducted on people with lung cancer suggest that, compared with traditional radiation therapy, proton therapy can prolong survival, reduce the risk of cancer recurrence and severe toxicity, and also allow for the intensification of chemotherapy.

Proton therapy is recommended for people:

According to the Northwestern Medicine medical network, proton therapy can be recommended as a therapeutic method:

At the time of publication of the 2019 study, there were 31 proton therapy centers in the United States, 13 facilities were under construction, and 49 more centers were operating around the world.

Common side effects of proton therapy include fatigue, hair loss around the irradiation area, and skin symptoms such as:

In a 2021 study, the authors concluded that proton therapy is accompanied by fewer side effects. After analyzing the data of 195 people with an average age of 70 years who received proton therapy for non-small cell lung cancer, the researchers recorded the following side effects:

Both cardiac events were in people with multiple risk factors. The first person died after cancer penetrated his heart and large blood vessels. The second person had a heart attack 10 months after the end of treatment.

The original article can be read here