"According to some indicators, he has become better than before the illness" 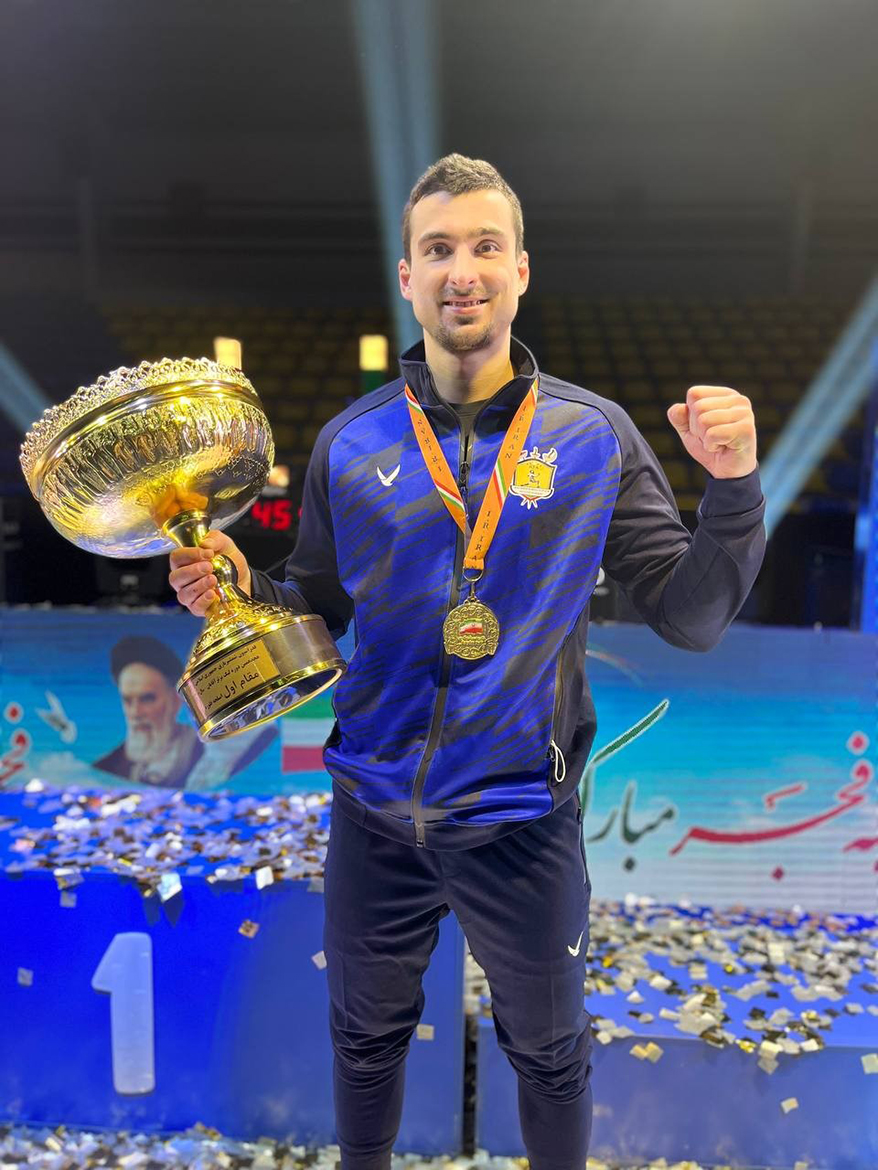 Rostov resident Pavel Borontov was treated at the Proton Therapy Center of the Medical Institute. Sergey Berezina (MIBS) in St. Petersburg more than a year and a half ago, in the summer of 2020. The young man was remembered for his indomitable spirit (in parallel with the treatment, he continued daily sports training) and the ambition of the tasks set. "I want not just to overcome the disease, but to fully restore my physical form, return to sports and compete at the Olympic Games," Pavel said in our first interview. We decided to find out if he managed to realize what he had planned.

A master of sports in fencing, who successfully competed for the Russian national team, a man accustomed to fighting and winning, at the age of 25 Borontov faced a completely unfamiliar opponent. A large aggressive tumor was found in the chest of the guy - mediastinal B-large cell mediastinal lymphoma of stage II. The neoplasm did not respond to chemotherapy, but began to decrease under the influence of targeted drugs. There was a lot of hope for proton therapy: a beam of protons could "shade" the tumor with pencil precision, without touching the heart and lungs, and take it under full control, which would allow us to proceed to the final stage of treatment.

- Pavel, how did events develop after the course of proton therapy?

- I endured the therapy itself quite easily, after being discharged, I began to wait for the results and continued training. Three months later, I did a PET-CT scan, which confirmed the complete disappearance of tumor activity. The next step was to be an autologous transplant, my stem cells were frozen in advance.

But the Almazov Institute unexpectedly refused me, they insisted on donor transplantation. The doctor told me that this is the only chance, otherwise I will not live to see any competitions and championships.

I did not agree (donor transplantation is harder and riskier), and began to communicate with other doctors. Some spoke for, others against. In the end, I went to Moscow, to the Blokhin Institute of Oncology, for a consultation with the head of the department. She confirmed that an autologous transplant would be enough, and I settled on this option. In December 2020, he underwent transplantation.

- Did you have a hard time?

- The fact is that before the cell transplant, you undergo a five-day course of harsh chemotherapy, which suppresses the immune system - and completely weakens it. The process of engraftment was also not easy. For four weeks I was constantly lying under a drip, turned off only to go to the shower.

Since the immunity was completely "killed", I am in an isolated single room, I did not go anywhere, no one came to me, I communicated only with the medical staff and the computer. The most severe diet also did not add mood. I was really waiting for an analysis that would show what was going on with the cells there. I wanted to get home as soon as possible-and to the gym.

- That is, from the point of view of physical form, it was a rollback? After all, you have been recovering with great difficulty after chemotherapy and hormones for more than six months.

- Oddly enough, I was discharged not in the worst condition: I ate protein hard and lost only 4-5 kilograms. Arriving in Rostov, immediately from the airport (and it was about four in the morning) I went to Lenta, bought a steak, fried it and ate it right away. Incredibly wanted meat. I got some sleep and went to the gym for a workout.

- And how was the first training session?

- It was hard. But I just remembered how I recovered before: each subsequent workout was as difficult as the previous one, but at the same time, if I forced myself to constantly experience a little stress, the volume and intensity increased, the results became much better.

I trained every day myself and helped my sports colleague Larisa Korobeynikova prepare for the competition. While ill, I assisted her throughout the Olympic cycle with training, and as a result, Larisa performed very well for the Russian national team.

- And you? You were planning to return to the big sport yourself, weren't you?

- And came back. I left the hospital on December 25, and on November 18 my first All-Russian tournament took place after my illness, at which I entered the TOP 16. After that there was another such tournament, the World Cup, various club competitions… Unfortunately, after the illness, I had to look for a country for which I could perform in the international arena. In Russia, they immediately said "no" to me: the national team is quite young, and no one wants to get into all this... But Georgia believed in me. In October 2021, he changed his citizenship and played for this country at the World Cup, to which he is immensely grateful.

From the outside, it seems easy: I returned to the usual rhythm, began to participate in competitions – what's the big deal? You've done this before. But in fact, during the illness, self-confidence is lost. A break is like a chasm, jumping over which you don't understand where you are now relative to other people: how good they are, how bad you are. Thought: "I've missed so much, probably not good at all." But with every competition, confidence returns.

- Have you already got into the shape you wanted?

- The process continues. There are certain problems with the body: endurance has decreased, the recovery process after heavy loads has lengthened, and I do not yet know how reversible they are. But I've been feeling competitive for a few months now.

I was moving towards this very slowly: the stronger the body became, the less it responded to training. I trained ten times a week, deepened into rehabilitation as a science. First to help myself, now I help others recover from injuries. And if at some point it seemed to me that the body stopped responding to training and developing, now I feel that by some indicators I have become better than I was before the illness: I have become stronger, I have become faster, the body as a whole has become better.

- How much can a person who has undergone such a complex treatment strain?

- I am not sure that a professional coach would take responsibility and allow someone to train in such volumes and with such intensity after treatment.

- And you wouldn't let others?

- Why did you allow yourself?

- I realized that I didn't have much time. And there is still a little of it, and if I stand still, I will not have time to do anything – neither to get in shape, nor to perform. I had to and have to take risks to a greater or lesser extent and believe that it will not end badly for me. Not because I don't understand the risks. Because I have to do it, probably.

In the photo: Pavel Borontov's first victory after illness is the cup won in January 2022 at competitions in Iran.