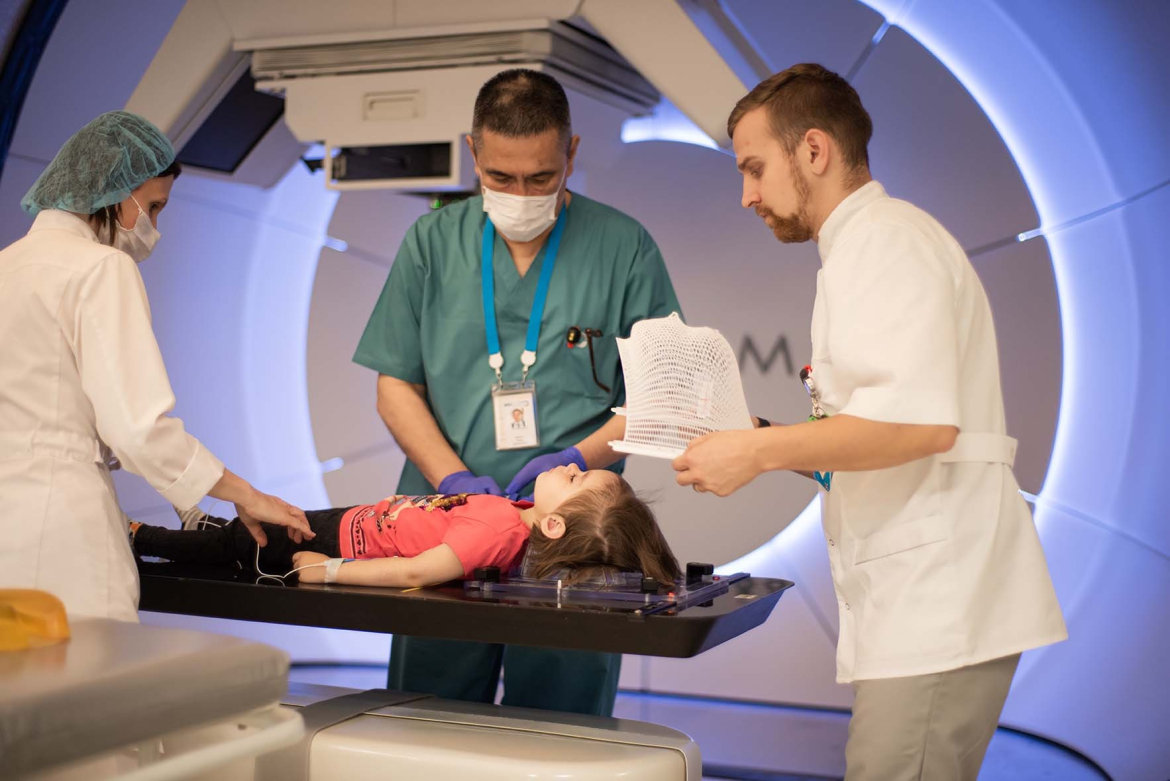 Last year, the first clinical proton therapy center in the Russian Federation and the CIS countries, opened by the Sergey Berezin Medical Institute (MIBS) in the spring of 2017 in St. Petersburg, treated 890 patients, becoming one of the busiest centers in the world. The circumstances that forced us to work to the limit included the coronavirus pandemic and ... state support.

The St. Petersburg proton therapy center began active treatment of patients with heavy charged particles in February 2018. Like other similar centers in the world, it was gaining momentum gradually: about 600 people underwent proton therapy here during the first two years of operation, as the center planned to reach its full capacity in the third year. But, quite unexpectedly, they were forced to “exceed the target” by 11%.

“The design capacity of our center is 800 patients per year. This is the optimal load, and we did not expect to exceed it. But we had to do the almost impossible in order to fully implement the federal quotas that we received only by the summer of last year,”says the Chairman of the board of the Sergey Berezin Medical Institute (MIBS) Arkady Stolpner. 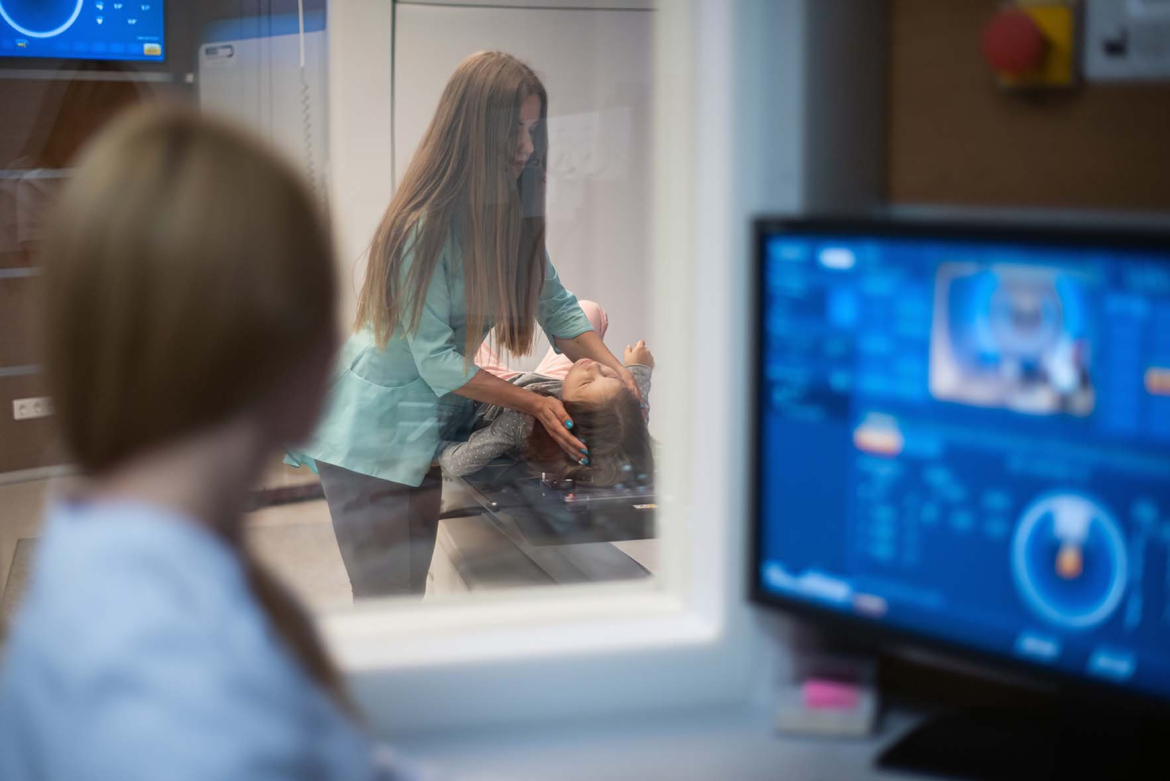 In 2020, proton therapy in cancer treatment was for the first time included in the list of high-tech medical care financed from the mandatory medical insurance funds. Last year, 600 Russian citizens were able to undergo proton treatment at MIBS under the state guarantee program. More than 200 patients were admitted under state quotas of Moscow, St. Petersburg, Moscow and Leningrad regions. That is, 90% of the patients of the St. Petersburg proton center received expensive radiation therapy with the support of the state. In addition, charity organizations raised funds for the treatment of children from various regions of the Russian Federation and the CIS countries.

In order to fully implement the federal quotas allocated with a delay, the proton center team had to put maximum effort into its work in June-December 2020. “We managed to turn our personnel into a single team working like a Swiss watch. Thanks to the optimization of all processes and well-thought-out logistics, every second counts, but at the same time, all protocols, both clinical and safety, are followed to a tee,”says Arkady Stolpner.

Despite the COVID-19 pandemic, the center did not stop proton therapy for a single day. A strict system of comprehensive anti-epidemic measures, implemented under the leadership of the MIBS chief physician Natalia Berezina, made it possible to avoid quarantine closures, as was the case in many specialized medical centers and clinics in the spring and summer of 2020. This became the most important factor that enabled MIBS to manage the large state order.

In order to make time to admit all patients according to the quotas by the end of the year, the proton center extended its operating hours. Throughout the summer and autumn, doctors, physicists, operators, nurses and administrators worked in two shifts from 8:00 to 24:00. At the peak of the workload, 85-90 people a day were receiving proton therapy in the two treatment rooms. As stated by the press service of Varian Medical Systems (the manufacturer of the ProBeam proton therapy equipment installed in the St. Petersburg center), according to their data, this is the maximum daily throughput: the number of patients in one treatment room in other centers does not exceed 35 persons per day.

Additional challenges faced by the St. Petersburg proton center while organizing their workflow are connected with the high proportion of pediatric patients. Children under 6 years of age are usually treated with anesthesia: in order to ensure the submillimeter accuracy of the proton beam hitting the target designated by the doctor, the patient must remain completely motionless. Putting children in medicine-enduced sleep takes additional time and lengthens the procedure. At the MIBS center, 30-35 children are treated daily. To optimize the workflow, two teams of anesthesiologists work simultaneously, and their well-coordinated actions allow for non-stop operation of the treatment rooms.

Initially, MIBS focused primarily on covering the need for proton therapy in children of the Russian Federation, and therefore about 60% of its patients are under 18 years of age. “Proton therapy is considered worldwide as the optimal method for radiation treatment of malignant tumors in children. It is currently the most powerful tool for achieving high conformity in dose distributions. The method minimizes the side effects and risks of secondary cancers, and therefore it is better suited for children than photon treatment,”explains Nikolai Vorobiev, Head of the MIBS proton radiation therapy department.

Besides children, proton therapy is indicated for patients with solid tumors located in close proximity to critical organs, the radiation of which can lead to their dysfunction. When tumors located in the head, the proton beam often helps the patient preserve hearing, vision, and prevent neurological problems that are inevitable after conventional (photon) radiation therapy. In left-side breast cancer, a high-precision proton beam irradiating the tumor has no radiation-induced side effect on the heart and minimally affects the lung. Proton therapy is also preferred for treating kidney, liver, prostate, mouth tumors, and many others.

The advantages of protons over photons are determined by their physical properties. If photons (rays) pass through the patient's body, irradiating normal tissues on the way to the tumor and beyond, protons, heavy charged particles, on the other hand, deliver all the power of the radiation dose exactly to the target indicated by the doctor. And, if upon entering the body they expose healthy cells and tissues to minimal radiation, then beyond the Bragg peak (the end point of the path where the entire dose of radiation is deposited) they no longer expose tissues to radiation.

Proton therapy has been used in clinical treatment of cancer patients since 1991, following the opening of the first center in Loma Linda, USA.

Throughout the world, according to the PTCOG (The Particle Therapy Co-Operative Group), there are currently 87 operating proton therapy centers with almost half of them (39 units) located in the United States.