Construction of the Proton therapy center of Dr. Berezin Medical Institute (MIBS) began in 2012. As of today, proton radiation therapy is the most precise, safe and sparing cancer treatment method. After completion of the construction, start-up and final tune-in of the equipment, now the center works in a full operating mode.

The ProBeam superconducting cyclotron has several advantages over a conventional cyclotron: 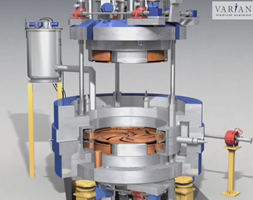 A special design feature of the Varian ProBeam® system is the use of an isochronous cyclotron with superconducting electromagnets (the so-called superconducting cyclotron). Its energy capabilities allow delivery of radiation doses to tumors lying at a depth of 4-30 cm, providing the widest range of energy for treatment - without the use of range switches.
The additional features of ProBeam cyclotron are as follows: 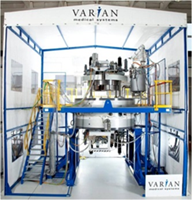 Functionality of the superconducting cyclotron

Superconducting electromagnets of an isochronous cyclotron provide high efficiency in producing a beam of charged particles, low power consumption, excellent reliability and reduced operating costs. In contrast to other installations, the Varian isochronous accelerator operates in a very predictable manner. Processes are automated as much as possible, there is no need to configure the cyclotron by the operator.

The Varian isochronous cyclotron has compact dimensions and high thermal stability. It became the first isochronous cyclotron available on the market with superconducting electromagnets for medical use and has been in use since 2007. A continuous and stable proton beam is able to perform proton therapy with modulated intensity in a shorter time and with a more conformal dose than when delivered by passive scattering (although passive scattering is now used in most proton therapy centers). 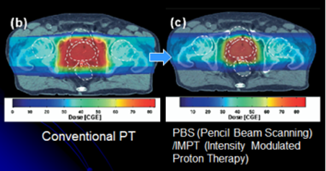 The choice of the type of dose delivery is an important point for the treatment of the disease. Passive scattering is the proton therapy of the previous generation, a technique used by most of the long-operating centers. To date, pencil beam scanning is a more accurate type of proton therapy, and most new proton centers choose it.

Why is pencil beam scanning technology the best? 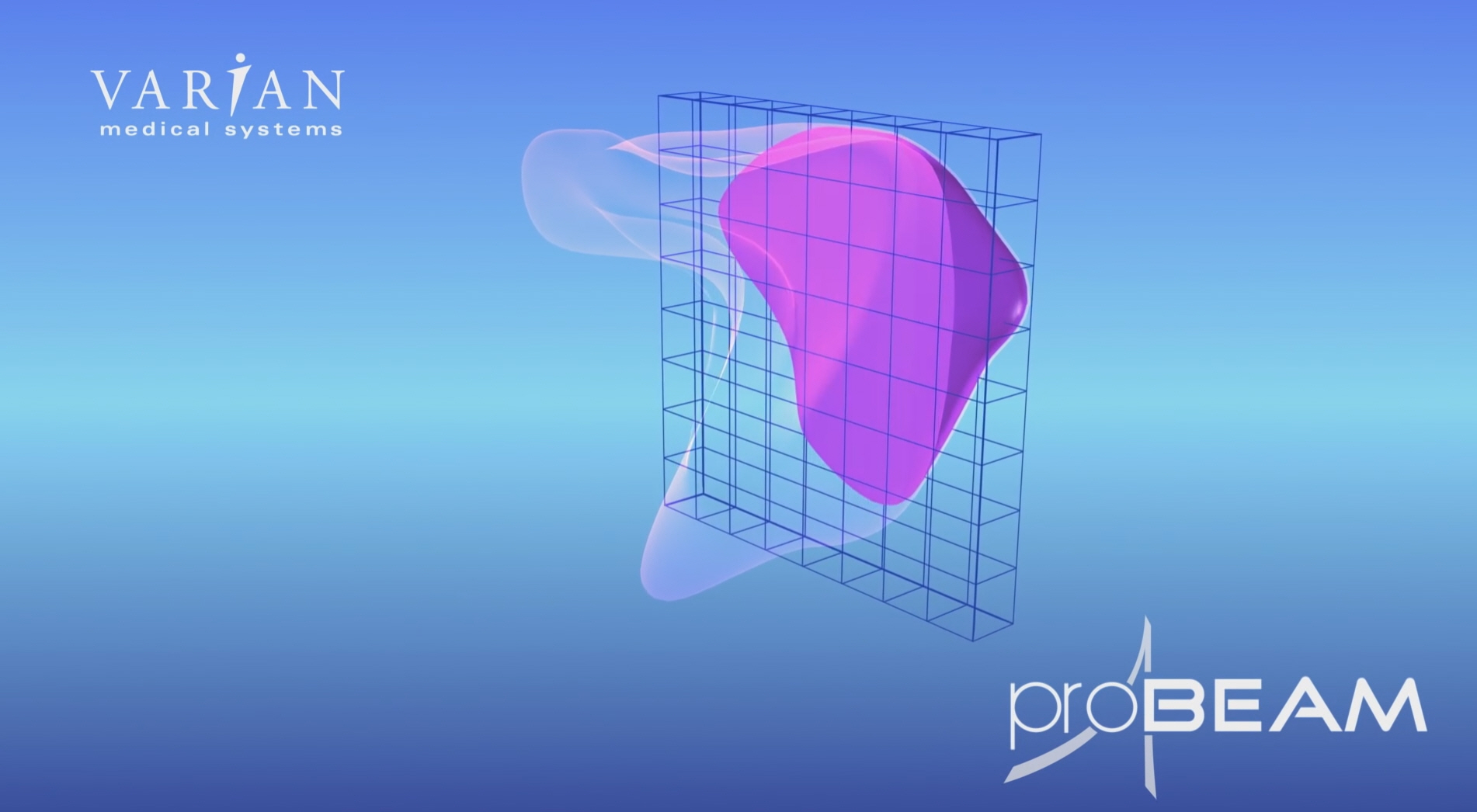 Pencil beam scanning (PBS) or scanning with a sharply pointed beam is the advanced method in using protons for the treatment of cancer, which is used so far in just a few proton centers of the world.
The team of the MIBS Proton Therapy Center has mastered the PBS technology.

The "pencil" beam scanning technology is based on complex treatment planning systems and multiple magnets, which direct a narrow proton beam effectively "painting" the dose of radiation layer by layer. A highly targeted beam of protons moves along the vertical and horizontal axes, like the tip of a pencil "painting" the entire tumor. In the process of beam movement, its intensity is modulated. Radiation of the maximum permissible intensity is delivered exactly to cancer cells avoiding normal tissues.

Pencil beam scanning is very effective in the treatment of the most complex oncopathologies, such as prostate, brain, eye, cancer in children. Proton therapy with modulated intensity is the most suitable for delivering a powerful and accurate dose of protons to complex or concave tumors that may be near the spine or inside the head, neck or skull base.