In the first in Russia clinical center of proton beam therapy, which is being built in Saint-Petersburg, the first proton beam was obtained at the exit from the gantry - a device, which will target the beam of protons exactly into the patient's cancerous tumor. On-site representatives of the proton equipment manufacturer Varian Medical Systems made sure that the equipment was installed flawlessly and, thus, the first patient would receive treatment on time - in early October 2017. For details see the full article by a correspondent of the Federal News Agency below. 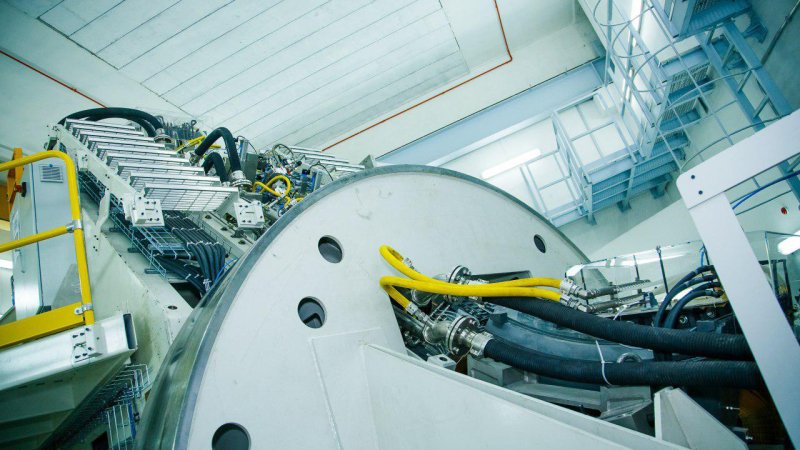 Photo: The first proton beam from the gantry was obtained in the center of radiotherapy in Saint- Petersburg

The construction of the proton therapy center of the MIBS Oncological clinic began in the summer of 2013, and in June 2015 an agreement between the government of Saint-Petersburg and the Medical Institute of Berezin Sergey (MIBS ) which recognizes this project as strategic for the city was signed within the framework of the St. Petersburg International Economic Forum.

A year later a cyclotron by Varian Medical Systems was installed in the building of the center and installation of equipment was started. In March 2017, the first physical beam of protons was obtained at the exit from the cyclotron. And today the engineers and scientists have passed the entire chain along the particles path and obtained a proton beam at the exit of the installation in the treatment room. Thus, the construction of the center entered a crucial phase.

Arkady Stolpner, the MIBS Chairman of the Board, commented for the FNA this milestone that is significant for the medical care of Saint-Petersburg.


“Today our team received a proton beam at the exit from the gantry in the treatment room. This opens the way for us to go to the last stage - the clinical test of the installation, when we will confirm with the help of special phantoms that the proton beam hits the designated target with an accuracy of a fraction of a millimeter. And only when we are sure that we are doing everything right, we will be able to treat the first patient. According to our plans, this should happen on October 1 this year. During four years we have gone a long way, there is very little left, “- said Stolpner. 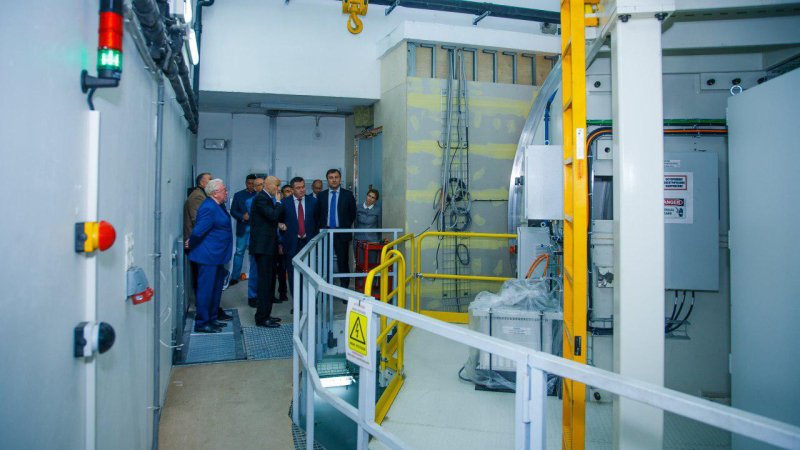 Photo: Participants of the Saint-Petersburg International Economic Forum 2017 witnessed the construction progress of the proton therapy center the day before the event.


It shall be noted that proton therapy is the most modern, effective and sparing method of radiation therapy, in which protons are used to destroy DNA of cancer cells. In contrast to photons used in traditional radiotherapy, protons are able to release all their energy exactly in the tumor. Killing malignant cells, they practically do not irradiate nearby organs and tissues. As a result, the risks of all possible complications are reduced to a minimum, the life span of cancer patients and the quality of their life increase.

According to oncologists, proton therapy does not create preconditions for the development of secondary cancer, whereas after usual photon radiation therapy the risk of developing a new tumor in 10-15 years is very high. Therefore all over the world proton therapy is used primarily for the treatment of children. It also allows doctors to treat tumors located in close proximity to critical organs. 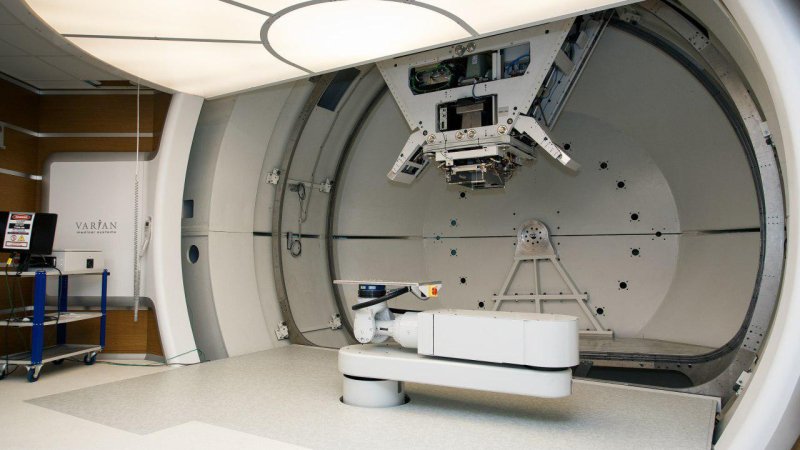 Photo: A treatment room of the proton therapy center


The proton therapy center will be able to treat up to 800 people per year. The total amount of the MIBS investments in the establishment of the center is 7.5 billion rubles. As reported by the press - service of the company to the FNA, 20 thousand cubic meters of concrete were used for the construction of the proton center. The thickness of walls and ceilings in some places is 4.5 meters. Inside the concrete there are 6 kilometers of utilities channels, through which more than 60 kilometers of electric cables of various diameters were installed.